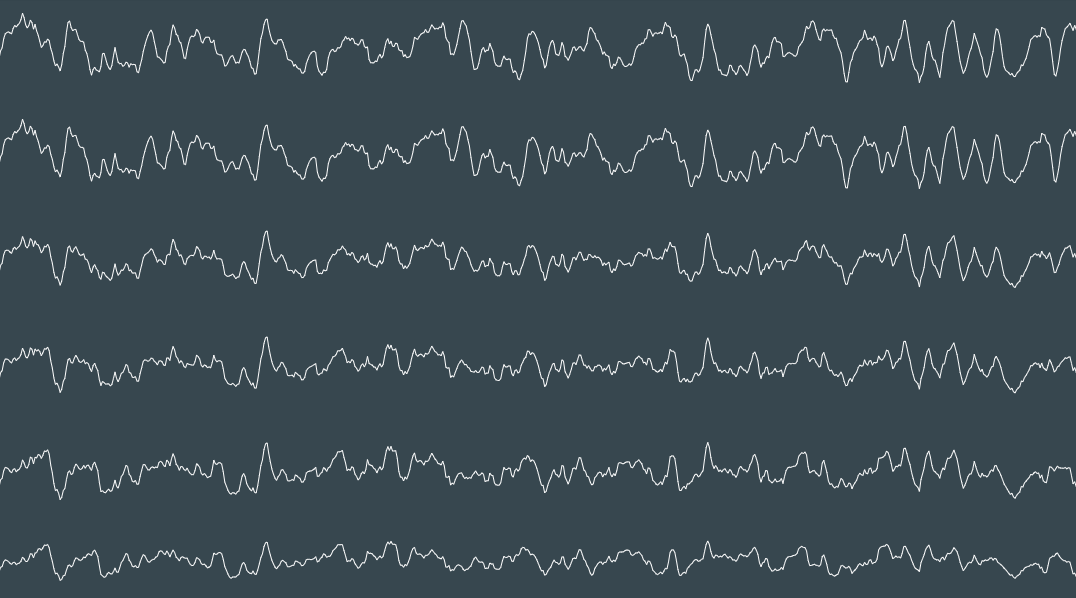 This is my first experiment with trying to digitally recreate a motif I use in many of my drawings.

I wanted to make a program that would take one wave and gradually change it until it becomes another wave. I chose to model perlin waves – as they were most similar to the shapes I draw. You can see an example of the motif I’m modelling here). I chose to use p5js because it came with a builtin perlin wave function and seemed the easiest to prototype with.

This program draws a series of perlin waves with one alpha wave (the top wave) and one omega wave (the bottom one). Every wave inbetween is an interpolation calculated by multiplying the difference between waves (delta) by fraction representing the percentage of the way the wave is between alpha and omega.

The program allows you to manipulate a number of variables via sliders:

You can check out the embedded demo of this code below if you are on desktop, or check it out on Codepen or GitHub.

If you want to see Here are my other work in digitally recreating my drawing style - here are my second and third experiments.